The naked truth about organic food: when to splurge

When you go grocery shopping and wander through the produce section, do you stop to consider the organic options, or do you head straight for the non-organic items? Do you think about the extra dollar or so you’d spend on each item and wonder if the cost is actually worth it? The FDAs official stance is that regular produce is just as healthy as organic produce, but there is mounting evidence that organic fruits and vegetables have a lot of health benefits. Here’s what you need to know about organic foods and how to decide which ones to spend the extra cash on and which ones to skip.

are linked to lower instances of cardiovascular disease, improved neurological development, and better immune function. Studies show that organic dairy products and meat contains about 50% more omega-3 fatty acids than their non-organic counterparts. This is because cows on organic farms are able to graze on grass high in omega 3s, while cows on conventional farms are frequently kept in barns and away from these healthy grasses. While all organic meats and dairy products have a higher percentage of omega 3s, the biggest winner is organic milk, with a full 62% more omega-3s.

More Antioxidants (And Other Beneficial Compounds)

A collection of studies has shown that organic foods contain higher levels of antioxidants and other potentially beneficial compounds. Antioxidants reduce inflammation and stress. Additionally, antioxidants are more effective when they come from organic foods. This is likely because they are able to perform to the their full capacity without interference from pesticides and other chemicals. Organic food also contains lower levels of cadmium (which causes cancer and other serious health concerns.)

Eating organic foods may help prevent the signs of premature aging. While researchers don’t know for sure why this happens, it is likely because the pesticides and other harsh chemicals found in most traditionally grown crops negatively affect our bodies on a cellular level, causing them to degrade faster than they otherwise might.

A 10-year study out of University of California, Davis found that organically grown fruits and vegetables have higher levels of flavonoids than foods grown with chemicals and pesticides. Alyson Mitchell, the director of the study said she was, “not expect[ing] to find the levels that [they] found.” While the research team expected to find more heart-disease fighting flavonoids, they were shocked to learn that organic tomatoes contained twice as many as non-organic tomatoes. Since tomatoes are the second most consumed crop in the U.S. (potatoes took the top spot), increasing the consumption of organic tomatoes may help reduce the instances of heart disease on a national scale.

If you’re on a budget, you may not be able to purchase all organic food. But instead of skipping the organic aisle altogether, focus on these 12 foods. They offer the biggest benefits when compared to their non-organic counterparts.

Strawberries have a lot of surface space covered in seeds. This makes it very difficult to wash them completely free of pesticides. They are usually sprayed with 13 different chemicals, and since you eat the skin, you are consuming all of those chemicals.

Apples are particularly susceptible to pesticides because of the way they are sprayed. Tractors drive right next to the trees and spray the apples and all the leaves. And because of the concave “bowl” at the top of the apple, the pesticides seep into the core.  So, even though you can wash the skin, you will inevitably still consume the chemicals.

Because of their soft skin, nectarines and peaches are usually full of pesticides. The chemicals seep right in. And the fuzz on the peaches makes it difficult to thoroughly wash the skin. If you do buy non-organic, it’s best to either scrub or remove the peel.

Celery is extremely porous. When it’s sprayed with chemicals, it absorbs them more readily than most other fruits and vegetables. And celery ranks at the top of the list for the sheer number of chemicals used in production.

During the cherry life cycle, they are sprayed between 8 and 10 times with chemicals containing pesticides and pesticide residue.

Spinach (and other leafy greens like kale and lettuce) is sprayed with about 50 different chemicals before they hit your table. And they don’t even have the slight benefit of a peel to protect them. If you can’t buy organic, at least try to buy frozen spinach, which contains less chemicals.

Organic tomatoes are grown in soil that is less nutrient rich than non-organic tomatoes. As a result, they have a higher formation of the antioxidants quercetin (79% more) and kaempferol (97% more) than tomatoes grown with nitrogen-rich fertilizers.

Non-organic bell peppers are sprayed with more chemicals than most other non-organic produce, and should therefore be avoided whenever possible.

Each tiny cherry tomato is sprayed with 13 different chemicals. And just like grapes, their relatively small size compared to their chemical-covered skin makes them one to avoid.

In a survey conducted by the Environmental Working Group, cucumbers were found to be the second most cancer-causing vegetable and the 12th “most contaminated food.” If you absolutely cannot go organic, peel your cucumber before you eat it. The waxy skin holds onto all the chemicals. As for non-organic fruits and vegetables, your best bets are avocados, sweet potatoes, pineapple, cabbage, onions, mangoes, papayas, and cantaloupe. These are some of the cleanest crops, even when sprayed with pesticides. If you would like more information about clean eating, contact Peninsula Doctor. Our Nutrition Specialist can help you come up with a healthy eating plan that you can feel great about! 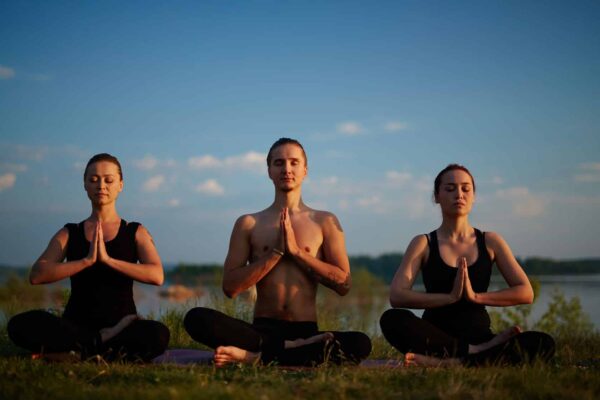 The salty truth about your diet