It’s been three weeks since our last letter, and thankfully, Covid-19 cases in the Bay Area and nationally have continued to decline. While the numbers are declining, we still have around 38,000 new cases daily in the United States, compared to around 70,000 during the peak in late July. While we have been successful in decreasing the spread, the epidemic is still far from over.

In this letter, I’d like to review a few developments, including renewed interest in rapid antigen testing, updates on masks and visors, and new reports of documented cases of reinfection. Let’s get started!

Over the last few weeks, there has been a call from the academic community advocating for the availability of widespread, low cost, at home viral testing. This sounds like it should have been a no-brainer from the beginning, however, this type of testing was originally labeled as inferior to the gold standard PCR-based tests, and rejected as not being useful. In retrospect, this rejection is reminiscent of the way in which masks were erroneously labeled as “not working.”

These tests are called lateral flow antigen tests, and are similar to rapid Flu or rapid Strep tests. The sample could be a saliva sample, or a swab from the front of the nose or throat. The swab is then placed in a liquid, and the liquid then runs up a paper strip or a cassette. If there is a virus present, it will make a colored band on the paper. These tests are quite accurate, however, they are not as sensitive as the PCR-based tests. It can take up to a hundred-fold more virus for the test to turn positive, compared to a PCR test. The benefits, however, are significant, as they don’t require a lab with expensive equipment, nor do they require reagents that are in short supply. They also will return a result in 10-15 minutes, as opposed to 1-3 days.

Michael Mina, a professor of epidemiology at Harvard, presented the case for rapid testing at a recent UCSF Grand Rounds on 8/13/2020, and was featured as well in an article in The Atlantic. He advocates for the daily use of this type of test in most Americans. It could be done prior to going to work, school, daily life, etc.

As it turns out, from a public health standpoint of controlling the epidemic, the difference in sensitivity isn’t practically important. What we really want to do is to catch the infection early, before people have a chance to spread it. During the first few days of the illness, the virus is duplicating rapidly, so the time difference between when a PCR test would turn positive, and a rapid antigen test would turn positive, may be less than one day.

Currently, due to a limited supply, and the need for an appointment, most of the positive PCR tests that are being done are happening late in the illness, after the person has already had a chance to spread it to other people. Although rapid antigen tests have been used widely in other countries, the FDA had not authorized any for use in the United States until just last week, when they authorized Abbott’s BinaxNow test for emergency use. The Federal Government also announced that they are buying the first 150 million tests when they become available, which should be later this month and the next. Roche has also just announced that they expect approval shortly for their version of a similar test. I think that this development is exciting, and may be another way that we can control the epidemic, while waiting for vaccine development and distribution.

Research continues to show that masks are effective in reducing the spread of the virus, as well as reducing the severity of the illness, if the exposed person were to get sick. This was discussed in our last letter, as well as reviewed recently by a UCSF Infectious Disease specialist here. There have been recommendations to avoid masks with a valve, for two reasons. First, they let out the person’s exhalation, which could expose others. Second, it’s easy for the valve to get stuck in an open position, and leave the mask ineffective in filtering the air that comes in. There was a recent article in the New York Times highlighting research on aerosol flow around the open areas of visors, which showed that while visors can contain large particles, they do not fully protect against the exchange of smaller particles. This doesn’t mean that a visor can’t help, but rather that it may not provide as much protection as a mask.

Unfortunately, since our last letter, we now have the first reports of a small number of people who have been reinfected with Covid-19. There was a report of a man in Hong Kong, who had a mild infection the first time, and a completely asymptomatic infection four months later. This reinfection was confirmed by doing viral sequencing, and they were able to show that it was a different strain of the virus. There was also a recent report of a man in Nevada with a second infection that is in pre-print and not yet published. It’s not known if these are unique and special cases, or if they imply that immunity may not be as lasting as originally thought. The good news, however, is that there is continued research showing that there are both antibody and cellular immune responses to infection, and that even if antibody levels fall, cellular immunity can persist. I am still confident that once this pandemic passes, that there will be significant immunity, and we will be able to return to a much more normal state of living.

I continue to feel that we are making great strides in our understanding of this virus and the infection that it causes, as well as making progress in testing, prevention, and treatment. I remain very hopeful about the future!

I hope this letter finds you and your family well, and staying safe. 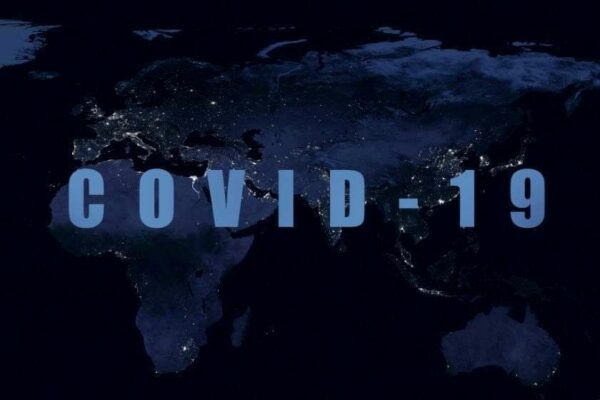